The Mirror Effect: How Celebrity Narcissism Is Seducing America 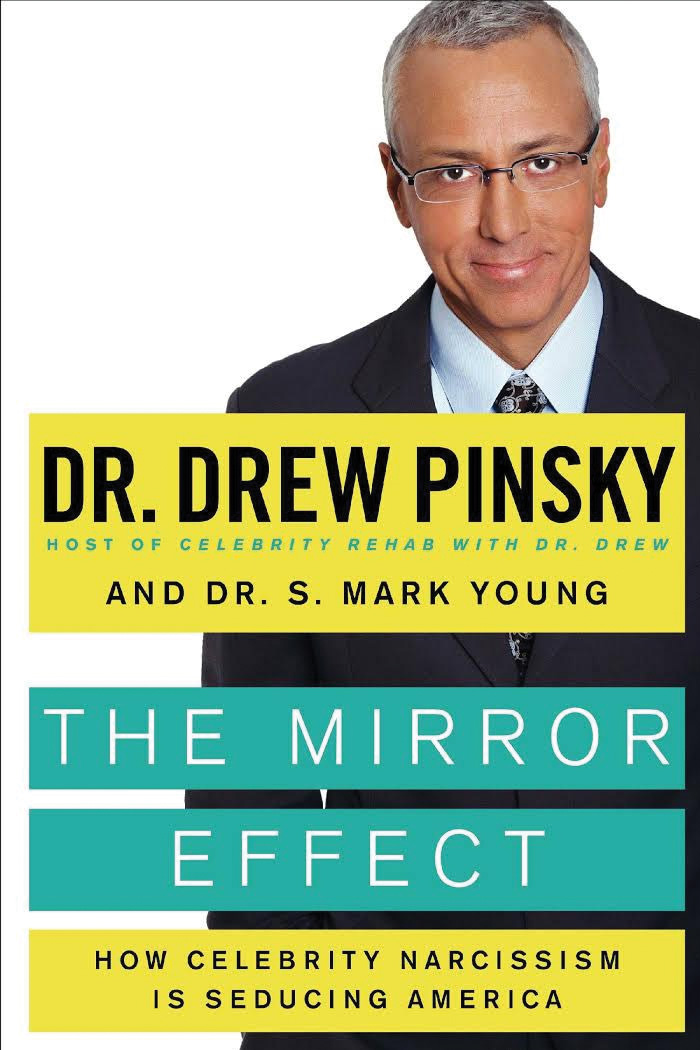 In the last decade, the face of entertainment has changed radically—and dangerously, as addiction specialist Dr. Drew Pinsky and business and entertainment expert Dr. S. Mark Young argue in this eye-opening new book. The soap opera of celebrity behavior we all consume on a daily basis—stories of stars treating rehab like vacation, brazen displays of abusive and self-destructive “diva” antics on TV, shocking sexual imagery in prime time and online, and a constant parade of stars crashing and burning—attracts a huge and hungry audience. As Pinsky and Young show in The Mirror Effect, however, such behavior actually points to a wide-ranging psychological dysfunction among celebrities that may be spreading to the culture at large: the condition known as narcissism.

The host of VH1’s Celebrity Rehab with Dr. Drew and of the long-running radio show Loveline, Pinsky recently teamed with Young to conduct the first-ever study of narcissism among celebrities. In the process, they discovered that a high proportion of stars suffer from traits associated with clinical narcissism—including vanity, exhibitionism, entitlement, exploitativeness, self-sufficiency, authority, and superiority. Now, in The Mirror Effect, they explore how these stars, and the media, are modeling such behavior for public consumption—and how the rest of us, especially young people, are mirroring these dangerous traits in our own behavior.

Looking at phenomena as diverse as tabloid exploitation (“Stars . . . they’re just like us!”), reality-TV train wrecks (from The Anna Nicole Show to My Super Sweet 16 to Bad Girls Club), gossip websites (TMZ, PerezHilton, Gawker), and the ever-evolving circle of pop divas known as celebutantes (or, more cruelly, celebutards), The Mirror Effect reveals how figures like Britney and Paris and Lindsay and Amy Winehouse—and their media enablers—have changed what we consider “normal” behavior. It traces the causes of disturbing celebrity antics to their roots in self-hatred and ultimately in childhood disconnection or trauma. And it explores how YouTube, online social networks, and personal blogs offer the temptations and dangers of instant celebrity to the most vulnerable among us.

Informed and provocative, with the warm and empathetic perspective that has won Dr. Drew Pinsky legions of fans, The Mirror Effect raises important questions about our changing culture—and provides insights for parents, young people, and anyone who wonders what celebrity culture is doing to America.