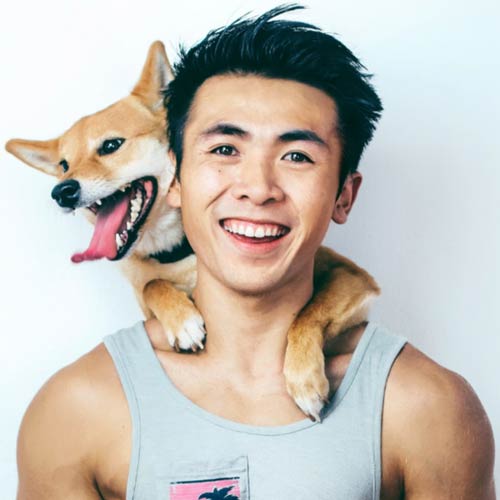 Ross Tran is an accomplished character designer, illustrator, author and successful YouTube creator with over 1.3 million followers and over 62 million views.

Ross Tran has been creating characters and building worlds long before he accrued over his YouTube channel, Ross Draws. At 19, Ross worked on his first feature, Earth to Echo (Walt Disney, 2014) as a lead character designer. The movie grossed more than $45 million at the box office.

Ross offers his audience a new twist on Bob Ross, creating visual how-to’s and melding practical tools with inspiration. His unique ability to imagine worlds paired with his charismatic ability to break down the process of creating in a replicable and engaging way makes him unique in the artspace: a creative and an instructor with a mind for the business of art. Across all platforms, Ross has over 2.5M followers and over 38M monthly impressions.

Ross has collaborated with tech giants Google and YouTube to create the Illustration & Concept Art Master Course, designed to take you step-by-step in creating a masterful portfolio.

In July 2020, Ross released his debut art book, NIMA. The beautiful book follows the lead character, Nima, a skilled swordswoman who makes a sacrifice for her family and travels across different worlds to find pieces of her scattered soul.

Ross has been featured in a variety of top outlets including; Variety, Buzzfeed, Yahoo!, TubeFilter, and many more.