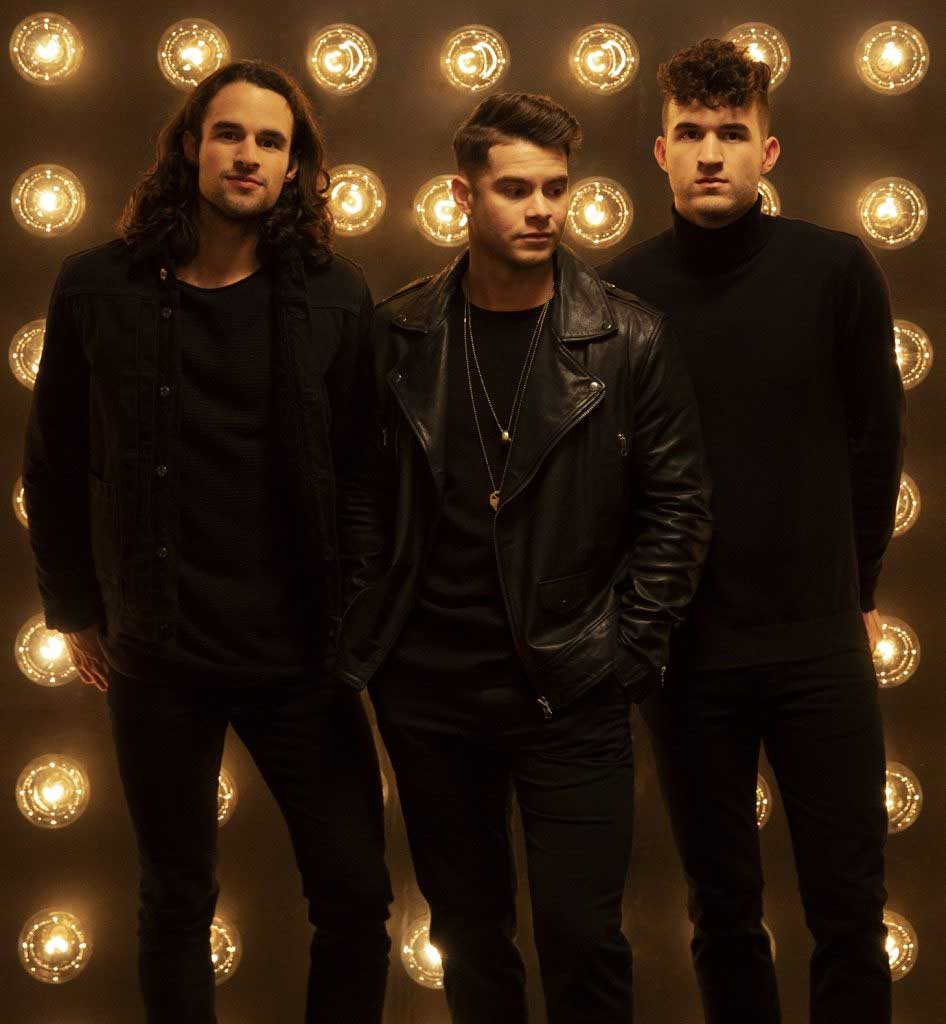 OBB is an emerging pop band hailing from Atlanta, GA. Comprised of three accomplished songwriters who are also brothers; OBB includes lead vocalist and rhythm guitarist, Zach Oswald, lead guitarist, Jacob Oswald, as well as drummer and background vocalist, Nich Oswald. In 2016, OBB debuted at #23 on Billboard’s Heatseekers chart with their single, “Sweater”- a rarity for a new artist.

The band independently released their first extended plays, “Ready Set Go,” “3,” and “Live, Life, Loving,” which caught the attention of Nashville’s Curb Records who signed the band to release their EP “OBB” followed by a Christmas EP, “Feelin’ like Christmas.”

In 2016, OBB released, “Sweater,” which debuted at #23 on Billboard’s Heatseeker Chart and in 2018, followed this by releasing singles, “Mona Lisa” and “Is This A Thing” which saw immense success. The single “Mona Lisa” was featured in a Google Chromebook National Ad Campaign and in the 2018 Victoria’s Secret Fashion Show. The single also appears in an episode of YouTube’s “Dude Perfect” called “Water Bottle Flip 2” which reached over 200 million views.

In addition, their music has been included in three Spotify playlists including Viral 50 USA, New Music Friday, and Young & Free and the group has garnered over 1.5 millions streams on the music streaming platform in the last 18 months.

This year, OBB released their single “7 Billion” in February, which was instantly added iHeartRadio’s Fresh Picks and Chill Dance playlists as well as Pandora’s New Pop playlist and the music video for “7 Billion’ quickly garnered over 550K views. OBB performed the single at iHeartRadio’s Pop Summit, which included other notable artists; The Chainsmokers, Khalid, and Lau.

The trio has spent numerous years on the road, touring the nation to a combined audience of over 3 million. This year alone, OBB has opened for RIAA Platinum recording artist, Andy Grammer, performed alongside AJ Mitchell and Ally Brook (Fifth Harmony) on Atlanta’s Q99.7,  Pre-Super Bowl party performance on The Future of Awesomeness Tour sponsored by Xfinity Cable & So Far Sounds and are about to embark on another nationwide tour later this summer.

OBB has launched their career at lightning speed, thanks to their insatiable work ethic, and their energetic pop/rock delivery and a true passion for creating music for their fans. They are currently working on their first full-length album, but in the meantime, their singles are making waves in the pop/rock genre.