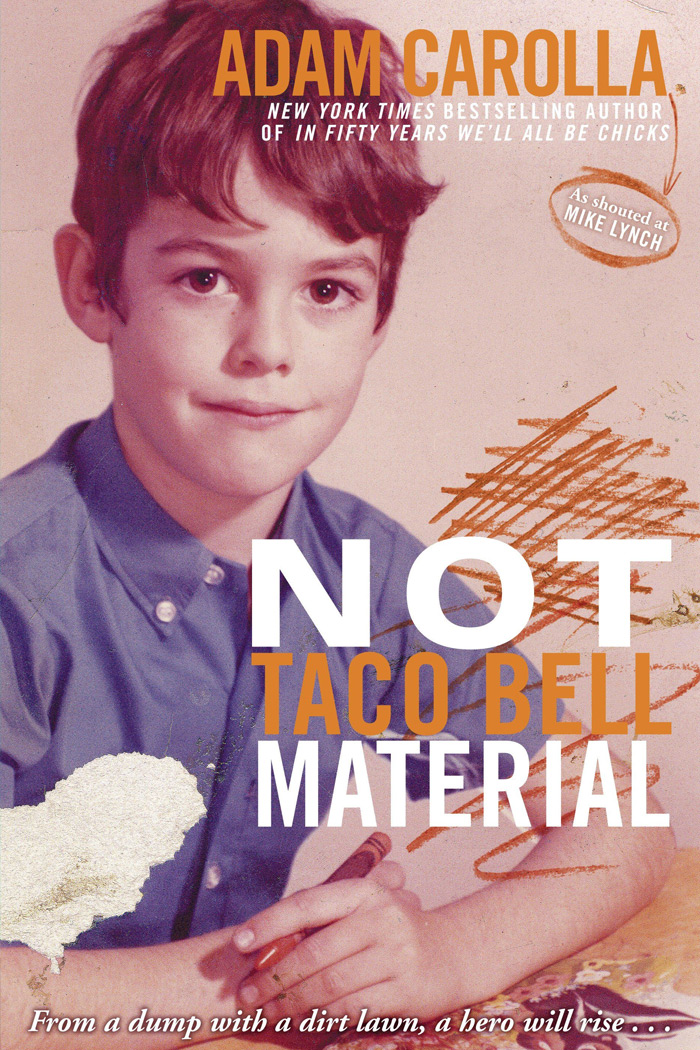 Now in paperback, Adam Carolla takes us back–before Loveline and The Man Show, before the Guinness World Record-breaking podcast and the New York Times bestseller In Fifty Years We’ll All Be Chicks–to reveal all the stories behind how he came to be the angry middle-aged man he is today.

Funnyman Adam Carolla is known for two things: hilarious rants about things that drive him crazy and personal stories about everything from his hardscrabble childhood to his slacker friends to the hypocrisy of Hollywood. He tackled rants in his first book, and now he tells his best stories, debuting some never-before-heard tales as well.  Organized by the myriad “dumps” Carolla called home as a child to the flophouse apartments he rented in his twenties, up to the homes he personally renovated after achieving success in Hollywood, the anecdotes here follow Adam’s journey and the hilarious pitfalls along the way.

Adam Carolla started broke and blue collar and has now been on the Hollywood scene for more than fifteen years. Yet he’s still connected to the working-class guy he once was and delivers a raw and edgy, fish-out-of-water take on the world he lives in (but mostly disagrees with), telling all the stories, no matter who he offends–family, friends, or the famous.