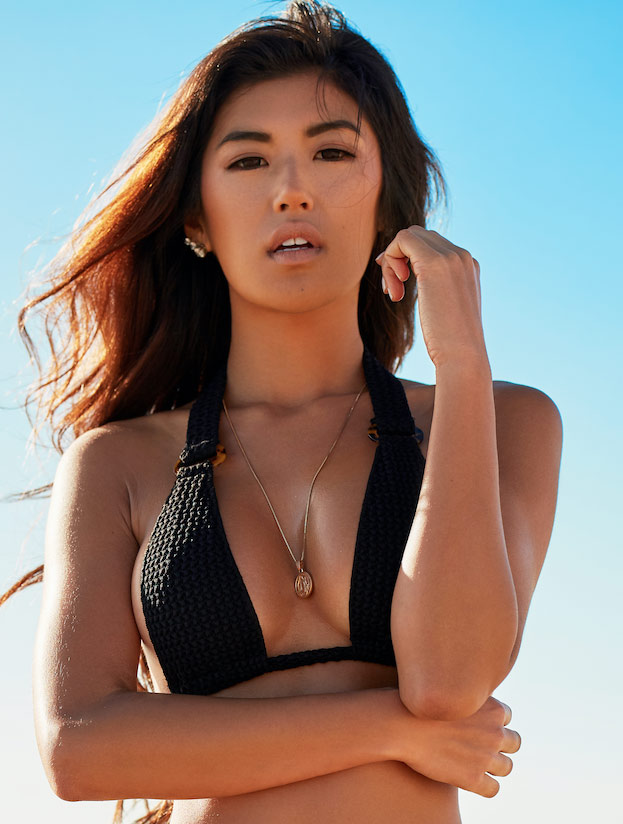 This year, Jenn joined an all-star lineup of reality stars for a landmark season of The Challenge: Total Madness. The Challenge included veterans audiences have come to know, love and hate. For Total Madness, the show returned to its solo game format where, in true MTV fashion, there was a major plot twist. Jenn, along with 28 players, took part in challenge after challenge in hopes to win the $1 million prize.

Jenn’s first TV appearance was in 2017 on Amazing Race, a reality game show where teams race against each other in a global scavenger hunt. The teams make specific “pit stops” where they complete different challenges to gather clues that help them move forward in the game. Jenn attributed her competitive nature, background in psychology and familiarity with travel, thanks to a long, successful career in modeling, for making it onto the coveted Race.  After competing with her teammate Kevin NG, Jenn walked away with an even stronger love for adventure and travel.
Represented by several modeling agencies, NTA Models being her mother agency, and best-known for her work in swimwear, Jenn has been featured in Esquire, Maxim, TMZ, CBS, The Eric Andre Show, and has walked in several Swim Weeks. On top of her work in editorial and runway, Jenn was a Grammy Trophy Model and successfully landed work with world renowned director, Chris Applebaum, known for his worldwide Carl’s Junior ad campaigns. Jenn is proud to be an advocate for health and wellness and has partnered with Guess, Revolve, ALO Yoga, Honey Birdette, along with a slew of bikini brands.
Over the years, audiences have quickly come to know and love Jenn’s spontaneous, confident and quirky personality. Born in Australia, Jenn moved to Palos Verdes when she was 2 years old. Growing up in Southern California, she developed a love for swimming, running on the beach, hiking, and anything outdoors.
For more information about Jenn Lee, be sure to follow her:
Instagram
Twitter
IMDb