Founder/CEO of We Good LLC 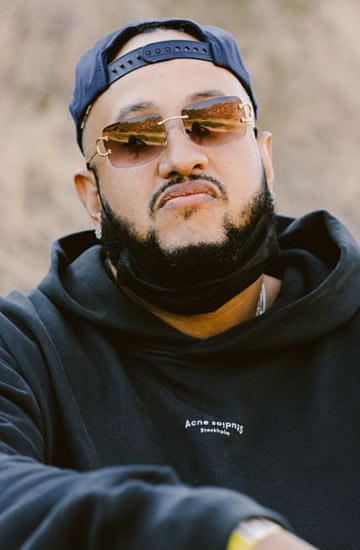 Donny Flores is the multi-hyphenate music mastermind who is responsible for some of the most recognized songs of our generation. Known to his industry peers and friends as “Dizzy,” Donny Flores is an award-winning songwriter, producer, manager, and A&R executive. Donny is also the founder and CEO of ‘We Good’ which represents such acts as DJ Snake, Shenseea, Rvssian, Ink and many more. Donny also lends his expertise as a consultant to some of the biggest labels/agencies in the world including Universal, Warner Music Group, RocNation, SalxCo, and many more.

Born in Trinidad, but raised in Miami, Donny started booking and promoting concerts which led him to Slip-N-Slide Records under the guidance of Byron Trice and Ted Lucas. At Miami’s forefront label, he A&R’d projects including Trina, Plies, and Rick Ross while lending his expertise to Poe Boy Records. At Poe Boy, he worked with Flo Rida, YT Triz, and Brianna Perry with E-Class. It wasn’t too long after Slip-N-Slide when Dizzy realized his desire to explore the artistic development of recording artists in the world of A&R and help them take their careers to the next level.

He is the silent force behind some of music’s biggest hits, including DJ Snake’s “Taki Taki” which features Selena Gomez, Ozuna, Cardi B and “Loco Contigo” which features J Balvin and Tyga.

In 2018, Dizzy became the lead A&R and executive producer for DJ Snake. As a result, he was the architect behind one of the most significant records of 2019 with the hit song “Taki Taki”. The single peaked at No. 15 on the US charts while hitting the number 1 and number 2 positions globally earning numerous awards: El Premio ASCAP, BreakTudo Awards, Latin American Music Awards, Premios Lo Nuestro (Univision Networks), MTV Millennial Awards, Premios Juventud, BMI Latin Awards and Billboard Latin Music Awards.

He was A&R/producer/songwriter behind Internet Money’s biggest record “Lemonade”. In 2022, Donny was honored as one of the winning songwriters for “Lemonade” at the ASCAP Pop Music Song Awards. Internet Money has gone on to produce 60+ platinum plaques behind the success of “Lemonade”.

Donny recently received an Album of the Year Grammy nomination as a composer for Kanye West’s “Donda” in 2022.