Billboard charting singer-songwriter hailing from Mississippi, who was named “music’s next big thing” by AOL. 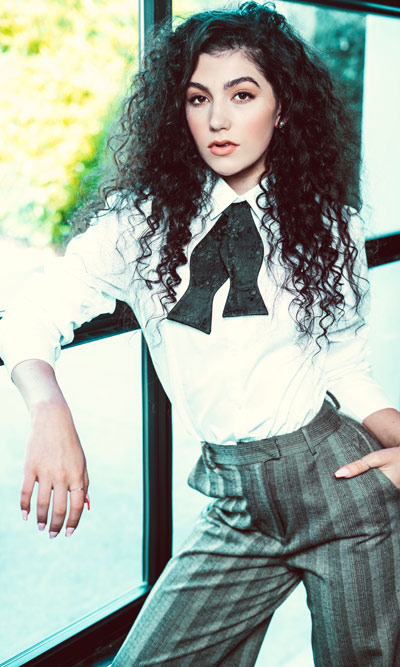 Caroline Romano is a Billboard charting singer-songwriter hailing from Mississippi, who was named “music’s next big thing” by AOL.

In 2020, Caroline debuted in the Billboard Dance charts at #15 spot with her global hit “I Still Remember,” featuring R3HAB. It has amassed over 2.7 million streams to date.

Caroline continues to put out bold new music, like her first single of 2021, “Jagged Star” which is rapidly approaching 150k streams. The song tackles the idea of trying to reach perfection in your youth, in a world that constantly demands it.

In 2018, Caroline’s magnetic single, “Ready,” earned a Top 3 spot on Radio Disney’s Top 30 chart. The Mississippi native has performed on nationally televised network shows and shared the stage with an impressive resume of artists including; Daya, Shawn Mendes, Why Don’t We, Kelsea Ballerini and Whitesides. In 2016, at the tender age of 15, she made noise with her debut single, “Masterpiece,” a collaboration with Jacob Whitesides that garnered over 200k streams.

Caroline’s impressive cover of “Thumbs,” originally performed by Sabrina Carpenter, was featured in Glamour Magazine in 2019, and she was tapped as “on her way to stardom” by Medium. Caroline has also been featured in AOL, American Songwriter, VENTS Magazine, Popdust, One EDM, Celebmix, Popstar!, and many more.

An anti-bullying advocate, she has partnered with the PACER organization to address the effects of bullying in the digital age. Both an advocate and a passionate musician, Caroline is a breath of fresh air in the industry, who is claiming her stake as a legitimate force to be reckoned with.

Caroline’s songwriting abilities showcase her witty, introspective and hopeful take on modernity, romanticism and the highs and lows of being young in today’s world. A distinctive and heartfelt voice in the music world, Caroline Romano wants us to know she is here to stay.