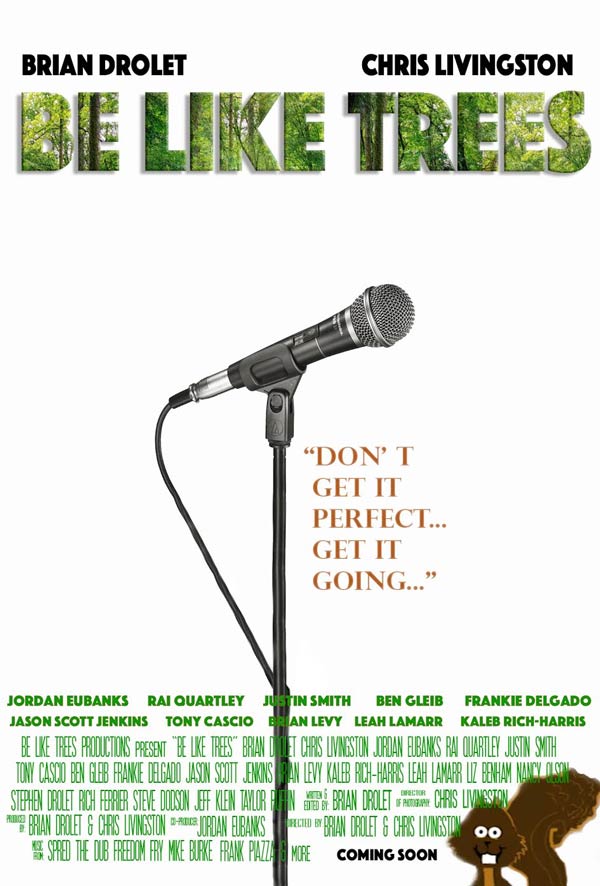 Filmmakers Chris Livingston, Brian Drolet and Jordan Eubanks were Joined by Stars and Fellow Artists for the World Premiere of Be Like Trees.

Co-Directors and stars Brian Drolet and Chris Livingston premiered their full length feature film Be Like Trees, with fellow co-producer and star Jordan Eubanks at the Regent Landmark Theater in Westwood Village yesterday…

Audiences Watched in a Packed Theater and From Home as the Film Simultaneously Premiered Live on YouTube.

LOS ANGELES, May 2, 2019  — Co-Directors and stars Brian Drolet and Chris Livingston premiered their full length feature film Be Like Trees, with fellow co-producer and star Jordan Eubanks at the Regent Landmark Theater in Westwood Village yesterday evening. Fans and audiences spotted a series of familiar faces, including cast members from MTV’s The Hills, amongst a list of other stars.The evening was filled with artists from all sectors of the entertainment industry who came together to celebrate independent film making. Celebrity guests included Frankie Delgado, Ben Gleib, Nancy Olson, Jason Scott Jenkins, Carrie Livingston, Dr. Venus Nicolino aka Dr. V, Alex Sparrow, and many more.

Following the red carpet event, just before the screening, celebrities and audiences joined together for a live countdown to the Youtube Premiere. Audiences at home were able to watch at the same time as the film’s cast and crew; making this one of the most unique film premieres to date.

At the top of the evening Brian Drolet, Chris Livingston and Jordan Eubanks not only thanked the audience for their support but also addressed the core message behind the film: to never give up. The film was inspired by Drolet’s late mother who passed away from a rare disease called Scleroderma. She never gave into her disease; she continued to paint and create art until the very end. Be Like Trees aims to raise awareness towards Scleroderma and encourage donations for The Scleroderma Foundation.

The film is also described by Brian Drolet who penned the script as a love letter to art and to all artists. The story centers around himself and his group of friends, and the struggles that come with pursuing a career in the creative fields. Brian, fed up and recently dumped by his acting agent, and several months behind on rent, must decide if it’s time to quit pursuing his dream and start pursuing a steady paycheck. His friends suggest giving stand up comedy a try, but riddled with anxiety, Brian can’t seem to muster up the courage to make it to the sign-ups, let alone the stage

“Throughout the film I am getting one rejection after the next, much like in real life. But- and, the reason the film’s title is such- is because like a tree, you must keep growing and maneuver around whatever is in your way. Be Like Trees is a metaphor- And so when my mother was told that she had 3-5 years to live, she fought and lasted for 15 years. So, if someone who has been told she had only 3-5 years left to live can keep a smile on her face for 15, how can those of us who are healthy get so down on ourselves? We must always stay in the fight and smile along the way,” says the Writer, Star, and Co-Director Brian Drolet.

The film was specifically shot on the iPhone to allow the filmmakers to be completely incognito around town, filming all over without anyone noticing, and enabling the movie to look huge. No crew, no lighting, just actors in wireless mics and the cameraman blending in with the crowd, the movie was shot totally under the radar.

“We’re simply three guys who wondered ‘What if you could create an entire feature film using just an iPhone?'” Says Co-Director and Co-star, Christopher Livingston. “We had no crew, no lighting, no make up, just the camera and the assets we had before us. That’s one of the reasons we decided to focus the story on our actual lives and use ourselves and where we live as the sets and subject matter, because it was built in production value from the start.”

“Chris shot most of the movie except scenes he was in. That’s when I got to DP, and I absolutely loved it. Working with Brian and Chris was so much fun, we were like kids in a sand box.” Says Co-Producer and Co-Star Jordan Eubanks.

Collaborating and operating in such a freeing medium, the film’s creators decided to take advantage of all the iPhone had to offer. Along with a Moondog anamorphic lens, an Osmo Mobile gimbal, and some wireless lavaliere mics, they set out not worried about big names or big budgets, but instead focused on heart and story. Casting all of their friends like Frankie Delgado, currently on MTV’s The Hills Reboot and comedian Ben Gleib, host of GSN’s Idiotest currently on Netflix and star of his Showtime Comedy Special Neurotic Gangster.

“The film is made purely from love and explores multiple artistic mediums and it excited me to bring all these different things I love together such as painting, and stand up, to songwriting and more. I especially loved casting all my real life friends and my real life father as my Dad it brought me a lot of joy and I’m hoping to bring some joy to viewers and I’m excited to do it in this out of the box way of just delivering a feature film right to the people that was made for the love of it, and, oh yes, there’s a cartoon squirrel that sings and can harmonize like a boss… So, there’s that, too.” Says the Writer, Star, and Co-Director Brian Drolet.

“Be Like Trees is laced with great music including a sequence that may surprise some people,” says co-director Chris Livingston. “Music was always a big part of my life. My father was president of Capitol Records in the ’60’s and signed the Beatles, The Beach Boys and Frank Sinatra. He always wanted me to pursue my music and so when Brian wrote me into the script, he centered my storyline around my struggle to find the courage to release my first album, which is something I had always talked about, but had never done. Ironically, dramatizing that reality in the movie inspired me to release my first album in real life, ‘Chris Livingston Thirty Years Unplugged,” which is available now on iTunes and Spotify or pretty much anywhere you get music online. It’s cool because, like Brian honors his mother in the film, I wound up honoring my father as well. There’s a great story on our website about a rainbow that appeared during a scene while we were shooting at Brian’s mother’s grave. Another rainbow then appeared while I was doing a scene talking to a photo of my deceased father with the Beatles. It was real clear that both Brian’s mother and my father were watching over us and smiling down.” 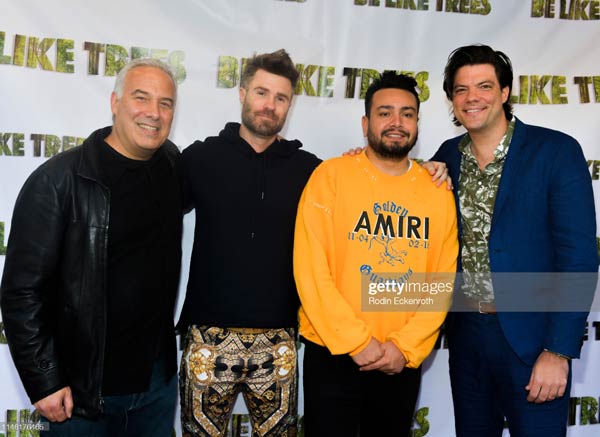