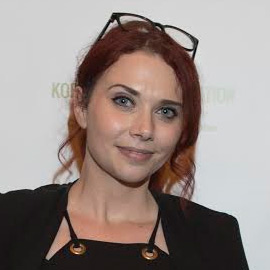 Harriet Campbell Duncan is a Los Angeles based talent publicist who has a true passion for the entertainment industry. She joined the Valerie Allen Public Relations team in 2014 as a Junior Publicist and was promoted to Senior Talent Publicist through her hard work ethic and can do attitude.

It is her strong writing, creativity, and strategic skills which help her successfully manage, oversee and elevate brands for Valerie Allen PR’s entertainment industry accounts. She takes pride in her client relations and can often be found accompanying a client to a television show, radio interview, or red carpet event, providing the individual attention and stellar service our clients expect from our firm.

Harriet has a diverse PR background having previously worked at Porter Novelli with major consumer brands, non-profits, and directly assisted the Senior Vice President on multiple accounts, while also providing vital support for several teams. She has worked with several freelance clients throughout the beginning of her career ranging from local artists in Texas and Los Angeles, to assisting talent at South by South West, and several recording studios.

In addition, Harriet has a very diverse cultural background, which she attributes to her unique ability to converse with anyone she meets. Born in Glasgow, Scotland, Harriet spent many years living abroad. After her family moved to Texas, Harriet attended the University of Texas at San Antonio where she graduated with a Bachelors of Arts double concentration in Public Relations and Communication Social Interaction.

While pursuing her degree, she served as chapter President of the Public Relations Student Society of America and attended multiple National Conferences. Upon graduation, she spent time in London, England, refining her PR skills by representing artists whose paintings can be found in prestigious museums and art galleries throughout Europe.